Yesterday I got caught up in the madness.  I spotted four photographers waiting outside the Crosby Street Hotel in SoHo.  So, I had to participate in the crazy.  The crazy of waiting for a celebrity to emerge.  As I was waiting I met Zee.  She is a realtor who works around the corner from the hotel.  She stopped and talked to my fellow celebrity stalkers and, yes, she stayed a few minutes.  But, being the New Yorker that she is she went back to work.  She has seen this crazy before.  Celebrity sightings and those who wait for them.  I gave her my card; told her to text me her number and if a celebrity worth mentioning appeared, I would text her a picture.  She soon returned to her office and texted me.  The text read like this.  “Are you “the” Cookie Stoner?  I read an article about you last year regarding performing legal marriages regardless of race, gender, sexual orientation, etc.  Bravo!! Proud to be able to say I met you!”  In a bit,  Zee returned to the mass of photographers and stalkers.  The crowd had grown.  I was still there.  I was committed.  Zee explained that when I gave her my card she remembered that name, Cookie Stoner.  She had heard it before.  She then checked her email and, yes, she had sent the article Catherine Godbey had written in the Decatur Daily in November 2015 about me as a wedding officiant to a New York friend of hers.  Zee and her friends here in New York were thrilled to see such progress in Alabama.  Wow.  Just wow.  I am so grateful for the life I get to live.  I am grateful for my place in this Universe.  There is power in the Universe.  Sometimes being a part of the madness shows us our place in this wonderful world. 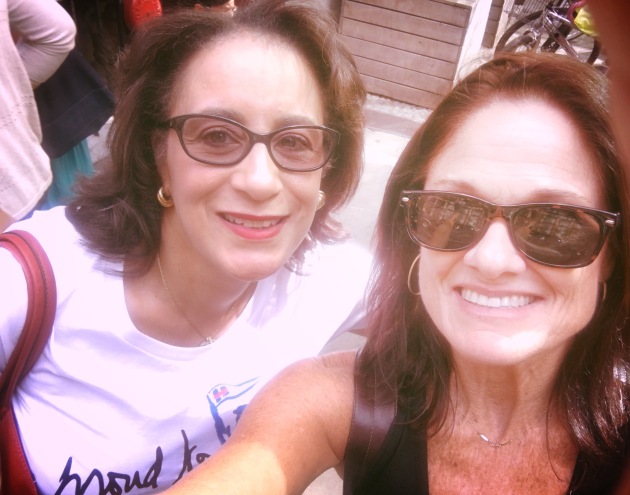